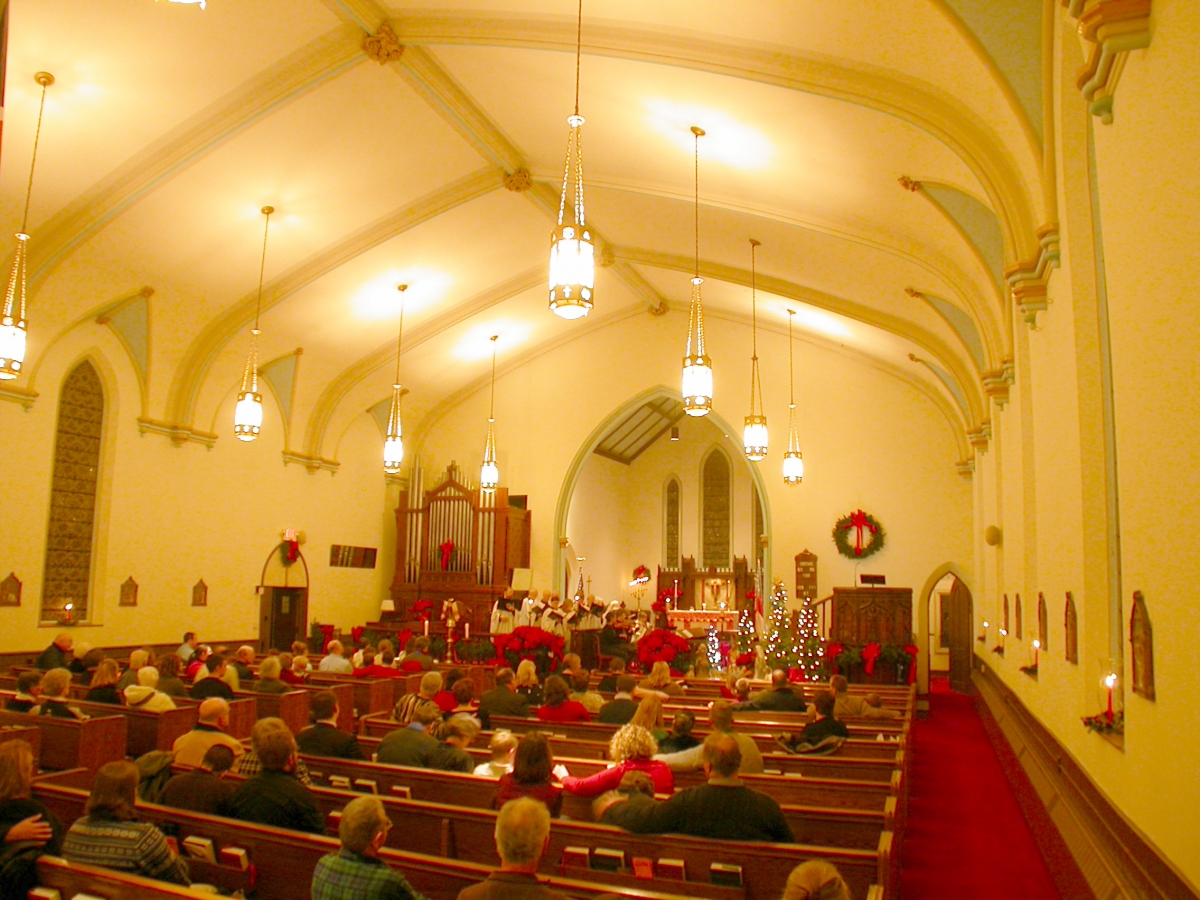 St. Luke’s has a large, auditorium-type nave – much like the Protestant meeting houses of the 18th and early 19th centuries – while the emphasis on the altar and the majesty of the Gothic architecture reflects the Church’s Catholic heritage. This balance of traditional and reformed elements is typical in a mid-19th century Anglican Church. The plan of St. Luke’s reflects the shift in taste in the Victorian era from religious architecture (based on Classical models) to those of a medieval flavor.

Although the interior has been remodeled and redecorated several times since the church was built in 1858, it has not changed appreciably since the 1940s when a dark oak and stained glass screen was erected to divide the narthex from the nave.

The organ now in use was donated by Dr. John Sill in 1885, during his tenure as principal of Michigan Normal School (now Eastern Michigan University). He also donated the altar that is still used. Other church furnishings were given as memorials over a period of time from the late 19th century to the present. Dating to an early period of interior redecoration is the altar, consecrated on Epiphany 1889.The brass eagle lectern and the wine-stem dark-oaken pulpit were memorials to the Rev. Dr. Gardham. The dark oak choir stalls, rail in front of the choir and fine brass gate were a memorial to Mr. and Mrs. Daniel Quirk, given on Easter 1916. The present altar rail and matching reredos (the screen behind the altar) were installed in the 1950s, along with the lighting fixtures and pews.

At one time the walls of the nave featured joyous, colorful stenciling, likely dating to a decorative program implemented in the early 1900s by Mrs. Mary Chase Smith Gardham, wife of the rector of St. Luke’s. Mrs. Gardham, herself an artist, may well have been responsible for much of the late Victorian decoration of St. Luke’s.

← Bricks and Mortar
Works of Art →