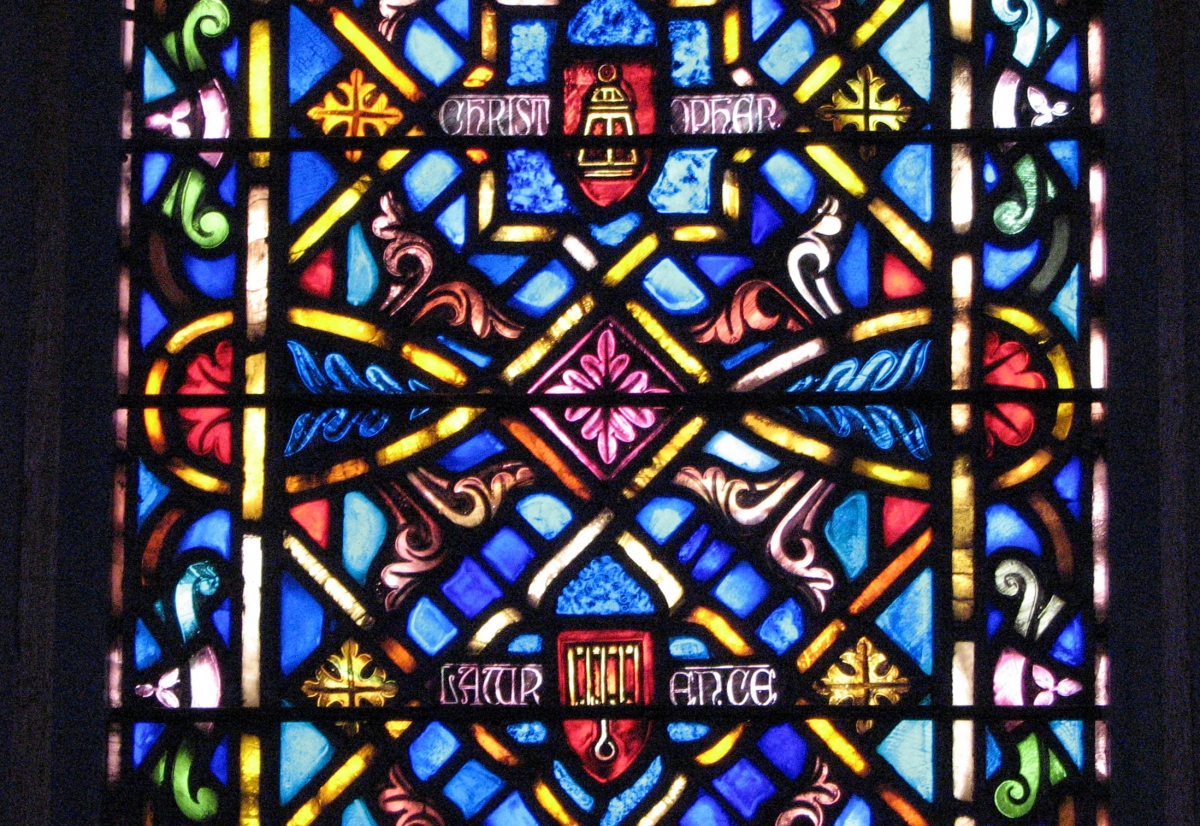 The ten magnificent memorial stained glass windows by Willets of Philadelphia were installed between 1945-1949 under the chairmanship of Daniel Lace Quirk, Jr., and Charles K. Lamb. They replaced earlier Victorian glass and were a mixture of painted and stained work.

Willets of Philadelphia was founded in 1898 in Pittsburgh and moved to Philadelphia in 1912 where it remains today.

William Willet (1867-1921) and his wife Ann Lee Willet did great pioneer work in the revival of traditional craftsmanship and the renewal of interest in medieval glass. In 1921, Henry Lee Willet (1899-1983) continued his father’s work. With his wife Muriel Crosby Willet and his children, E. Crosby Willet and Ann Willet Kellogg, he helped to revive medieval glass-making techniques in the United States.

There are other delightful, stained-glass windows in the Chapel and in a small anteroom off the narthex, but no history has yet been discovered about them. There is also a “Josephine Pease” window in storage. While little is know about it, the inscription is from Frederic Pease to the memory of his wife.