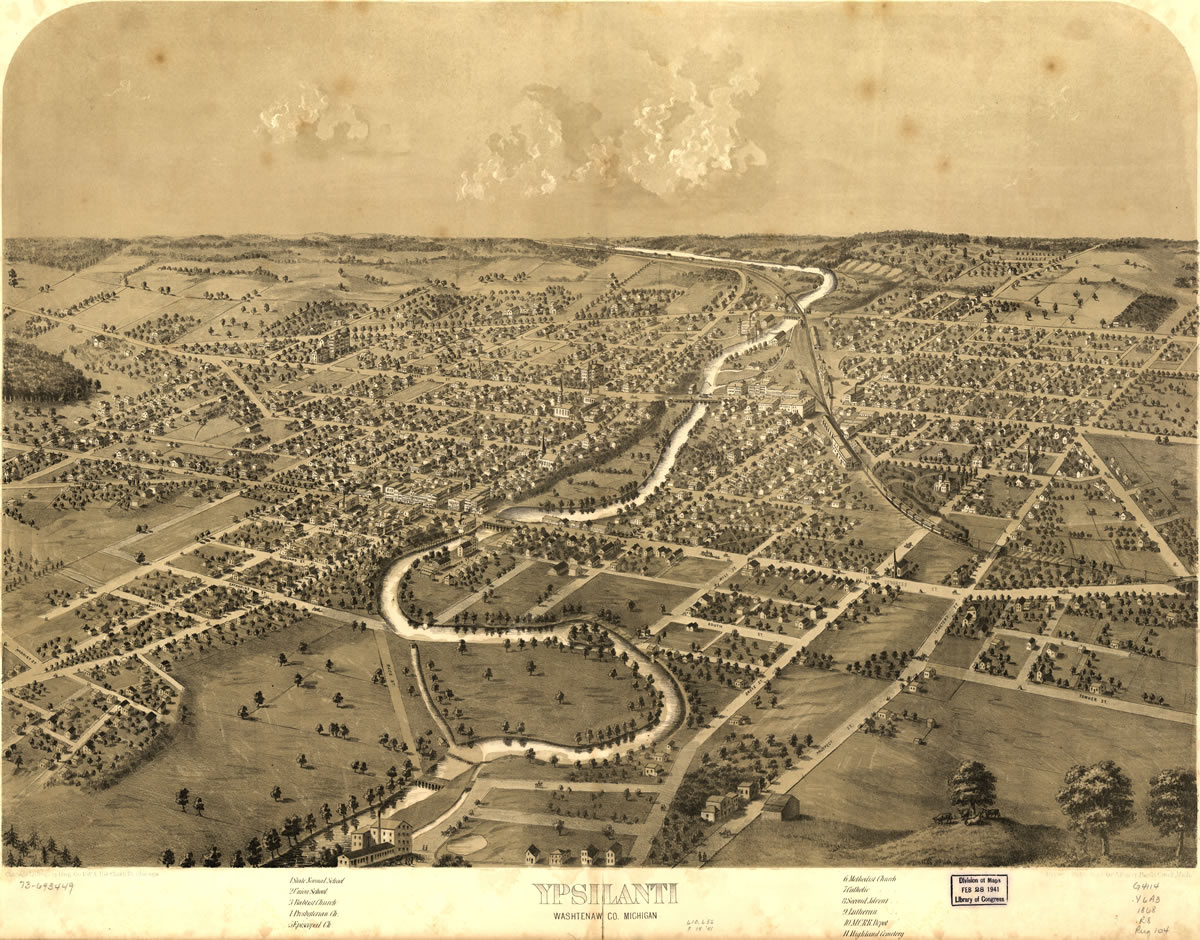 In a tiny birch-bark canoe one Sunday morning in 1802, a Church of England clergyman, the Rev. Richard Pollard, paddled across the Detroit River on his way from Sandwich, Ontario, to the small frontier trading post of Detroit. This, to many, was the beginning of the Episcopal Church in Michigan. For over 20 years, Rev. Pollard held services for some 30 families in the Indian Council House (at the present corner of Jefferson and Randolph Avenues). Thus his parish, St. John’s Church, Sandwich, has often been referred to as “the Mother Church” of the Diocese of Michigan.

Many, however, prefer to give this title to St. Paul’s Church, Detroit, organized in this same Council House on November 22, 1824, under the leadership of the Rev. Richard Fish Cadle. Four years later, Bishop Hobart of New York consecrated the first building of this first Episcopal parish in the whole Northwest Territory. This earliest Gothic structure in Michigan, with its two-storied tower, stood on lower Woodward Avenue, between Congress and Larned, flanked by a Presbyterian Church on the south and a Methodist Church on the north.

While Rev. Pollard was kept busy by his own parish in Detroit, he sometimes traveled through Washtenaw County, stopping in Ypsilanti to “read the service.” While it is not clear how often this happened, it is likely that it was as early as 1825 – the year the plat was recorded as “Ypsilanti.”

Remember that there were only eight or ten families in Washtenaw County at this time!

In 1829, the Norris family moved to the area, with Mrs. Mark Norris immediately assuming a leadership role in the life of her new community. Her search for an Episcopal minister, at the request of an ill friend, resulted in a visit from Rev. Cadel from Detroit. Later that same year, he came to Ypsilanti to hold services in a vacant room a few doors west of the Hawkins House (on West Michigan Avenue where the Ann Arbor News currently has their Ypsilanti office).

Also in 1829, Episcopal layman Andrew Cornish, a Justice of the Peace, came to live in Ypsilanti. He held weekly lay services for a small group of Episcopalians (sometimes at a hotel, sometimes in a school house and often in private homes) until the arrival of the first resident priest.

That priest was Rev. Silas C. Freeman (“a man of more than ordinary talent, of commanding form and noble voice”), who came to Ypsilanti 1830. And thus, the Ypsilanti parish was born at 120 North Huron Street. Only the name has changed in the last 177 years, making St. Luke’s the oldest extant church in Ypsilanti.

On that first Sunday morning, the City of Ypsilanti had been chartered for just five years, stagecoach travel from Detroit had only recently become possible, and the military Chicago Road (now Michigan Avenue) would not be opened for five more years. Then, as now, the Huron River flowed steadily by.

In 1832, the Episcopal Diocese of Michigan was organized by Episcopal parishes in the “territory” of Michigan (which included present-day Wisconsin). It would be five more years before Michigan became a state. With its founding predating that of the Diocese, St. James’ was named as one of the six founding parishes.

← Gilbert Window
A Parade of Preachers →