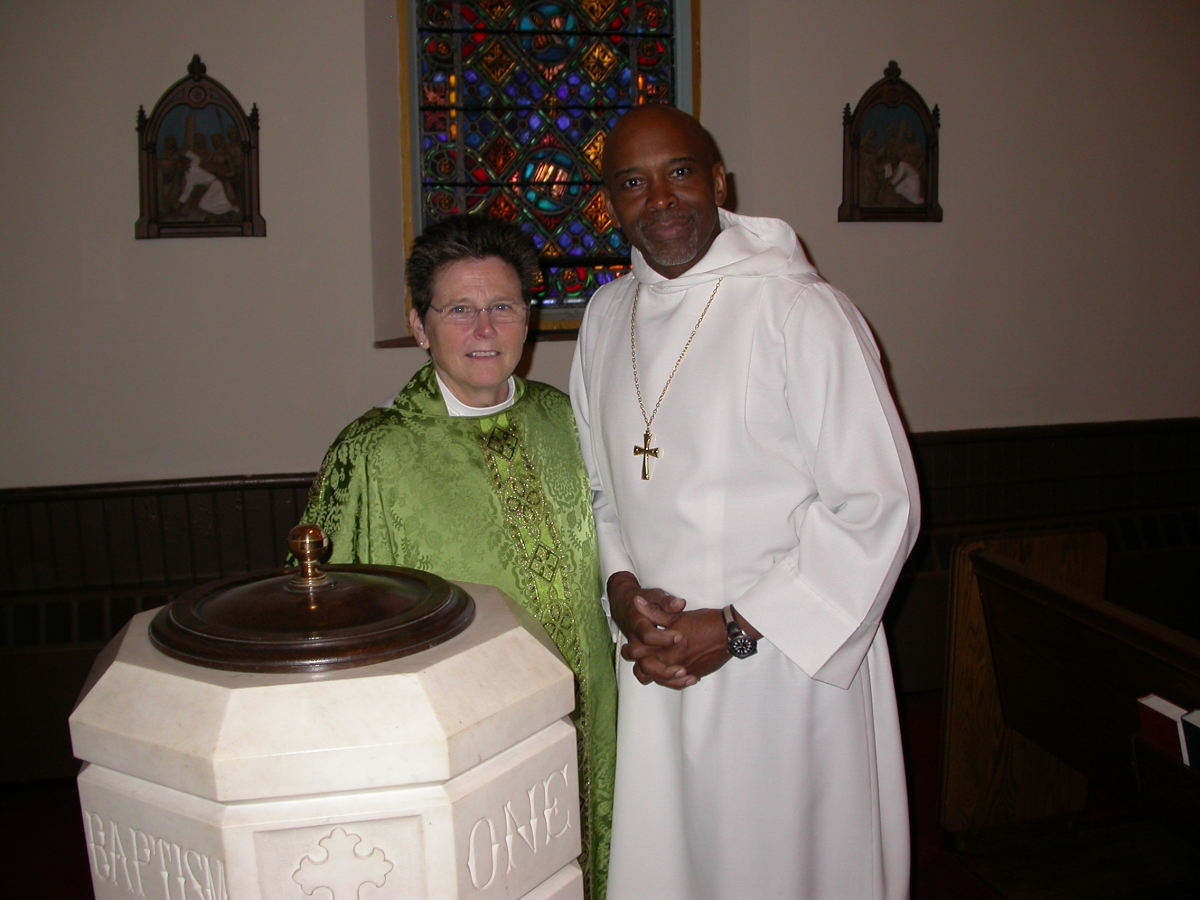 A Parade of Preachers

In 1834, Rev. Freeman resigned and Rev. John P. Bausman was appointed as “missionary in charge.” He stayed for only a year. It is unclear who was running the show from Rev. Bausman’s resignation until the diocese appointed the Rev. Charles Reighly in 1837, directing him to reorganize the parish; which he did, with the new name of St. Luke’s.

Rev. John Andrew Wilson became rector in 1847. Wilson was truly a man of pioneer fortitude, routinely walking from Ann Arbor to Ypsilanti and back. On June 10, 1872, Rev. Wilson celebrated his 25th anniversary as rector; the community and the diocese paid homage to him. Ten years later, he announced his decision to retire. In his touching, last sermon he said, “Each brick in St. Luke’s and the rectory has been baptized in my prayers.”

Rev. Thomas W. MacLean served as rector from 1882 to 1885. The Rev. Deacon John Mahelm Berry Sill, during his tenure as principal of Michigan Normal School (now Eastern Michigan University), appears to have been the sole clergy from the time of MacLean’s departure until the arrival of Rev. Montgomery S. Woodruff in August 1888. (Woodruff apparently has no connection to Benjamin J. Woodruff, founder of Woodruff’s Grove.) He remained at St. Luke’s for four years, also serving in Belleville during that time.

Rev. Montgomery Goodwin succeeded Woodruff in 1892. Four years later, when Goodwin was appointed to a chaplaincy in the U.S. Navy, Rev. William Hothersall Gardam became St. Luke’s rector. Gardam was born, educated and ordained in England and found the many traditions of St. Luke’s to fit well with his own.

The first mention of a rector’s wife is that of Mary Chase Gardam, who was great granddaughter of Bishop Philander Chase, first missionary bishop of Ohio and Michigan. She was, apparently, a tireless worker for St. Luke’s, visiting the sick and organizing the well.

Rev. William Heilman began his work at St. Luke’s in 1915, coming from Lexington, Kentucky. The times were unsettled and war was freely predicted. When the call for volunteers came in 1918 from President Woodrow Wilson, Rev. Heilman promptly responded, enlisting as a chaplain in the Army.

The next two years were full of uncertainties. Rev. Thornton Denhardt of Denver, Colorado, acted as supply rector for a time; and the diocese often supplied clergy, including Dr. William Sayers, who preached frequently at St. Luke’s.

At the close of the war, Rev. Berton S. Levering came to St. Luke’s from St. Peter’s Church in Delaware, Ohio. He preached his first sermon at St. Luke’s on January 12, 1919, and became rector just two weeks later.

Levering’s tenth anniversary was celebrated with a gala dinner on March 12, 1929; but in September, he announced his resignation – in order to take charge of All Saints Chapel in Detroit.

The Rev. Sidney Swain Rood arrived in August of 1957, having already founded churches in Houghton Lake and Gladwin. By all accounts, he was “. . . at the heart of caring for people in Ypsilanti. He worked with anybody in need – alcoholics, people in halfway houses, food drives clothing . . . . He touched the lives of many, many people.” Sadly Rev. Rood’s life was cut short (at 63) by a sudden heart attack while in the sacristy preparing for the 10:30 a.m. service on Sunday morning in July 1982.

The Rev. Jasper Pennington arrived in 1983 and presided until 2001.

The Rev. Dr. JoAnn Kennedy Slater had an inauspicious beginning at St. Luke’s. The parish was in turmoil, and Bishop Wendell N. Gibbs, Jr. warned the congregation that the doors of St. Luke’s were in danger of being closed. That was the bad news; the good news was that he believed in St. Luke’s and offered diocesan help. Even better news: The parish believed in itself.

The journey from 2001 to 2006 was a bumpy ride, but St. Luke’s has emerged stronger and more alive than ever, building on the foundation of the last 177 years. A sign of that success was the appointment of the Rev. Slater as rector in November 2006.

← In the Beginning
Bricks and Mortar →